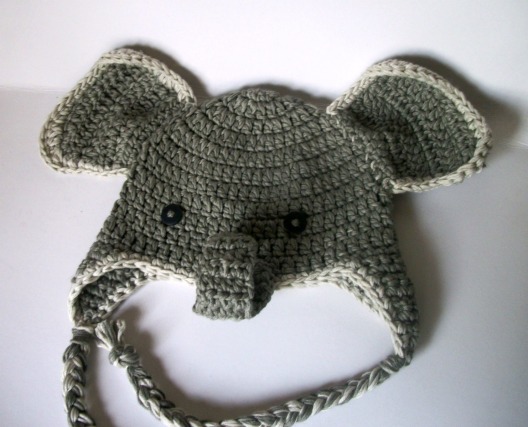 The ears could do with being a bit bigger, but I thought the rolled-up trunk was a nice solution to a potentially very tricky problem.

Yesterday was FANTASTIC. It was Heritage Day in South Africa, which = public holiday, and = the Heritage Day market at Homestead Park in Oranjezicht (also the home of the Oranjezicht City Farm). I always get a bit nervous before markets – I worry about the weather, and I worry that people won’t like my stuff. But the weather was perfect, and I turned more people into customers than ever before! 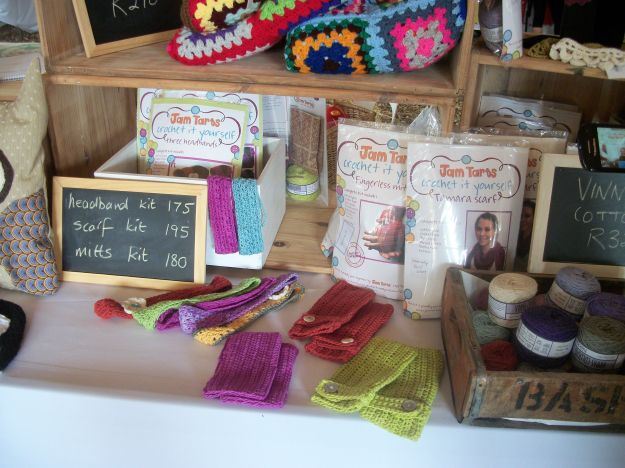 The kits got great feedback and I sold three, and some people wanted to buy the items I’d made for display, to show what you would make with the kits. Next market is on Sunday at Kirstenbosch, so guess who’ll be whipping up headbands…

Unfortunately the success of the day (which was also long), kind of wiped me out – I got home around 5pm, unloaded the car, took a headache tablet, and lay down – only to wake up at 6.35 this morning. Wow, over 12 hours of sleep. OFFICIALLY KNACKERED.

On the spoilt side of things, I just received this charming lavender sachet from Laura in the UK at Cute as a Button.  Hand-crocheted and stuffed with lavender (from her own garden), it now hangs on the bedpost closest to my pillow so I can smell it as I read at night.

It was also serendipitous to have it there this morning – I woke to the smell of cat “toilet”, so I quickly squeezed the sachet a few times to release stronger scent before having to face whatever had been done in my bedroom. (Thank you, Laura, it helped a lot!)  It would seem that Jessie has become too fat (there’s no other word for it, rotund or stocky or cuddly just won’t cut it) to get through the window at night, and she clearly had an accident. Sigh. 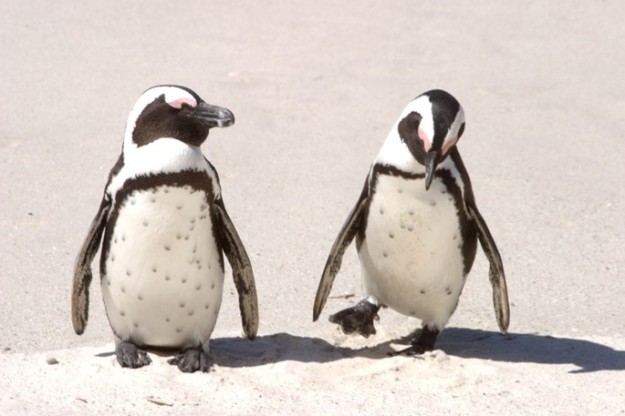 I have Sarah at Repeat Crafter Me to thank for sharing her wonderful penguin pattern; and the photo of the two penguins at Boulders Beach in Cape Town is from http://www.mydestination.com.

And in the Land Down Under, Kiki got refurbished ears: 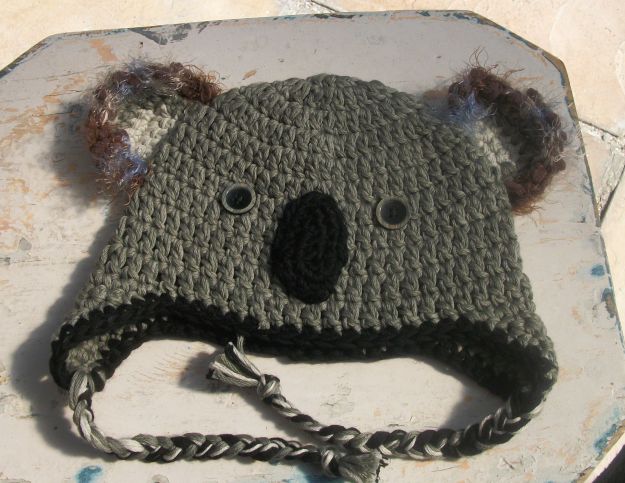 Committed to supplying 100 cotton beanies for the Cape Gift Market in Sea Point this year.

There are eight variegated shades in Vinni’s Nikkim cotton range (here’s her website if you want to see die hele reeks:

and here are some things I’ve made with them: 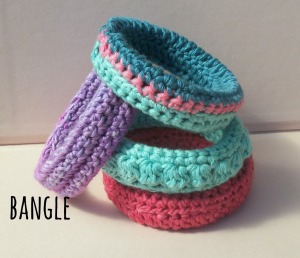 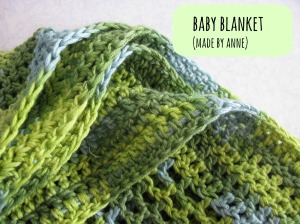 and here’s the latest, this time with the Summer Mix:

The colours look better in the pic below, but it was very kind of my upstairs neighbour, Lindsay, to model my wrap for me this morning.  Jessie got a bit jealous though.