Cheap Luxury is a South African blog run by Natalie and Elaine up in Johannesburg.  (We Capetonians have a reputation for thinking our city is superior to all others – sorry guys!).  The favourite joke a while ago, before the Transvaal became Gauteng, was:  What’s the definition of a Transvaler? Answer: Someone who can’t get a job in Cape Town.  (‘Gautenger’ doesn’t have quite the same ring to it, does it?). Okay, sorry sorry guys, kidding.

So, I’ve been following Cheap Luxury for a while now and love the local tips and info about our own strange little world down here at the tip of Africa. They once featured me as a “Fabulous Follower” (here), and for weeks afterwards I was recognised by strangers in supermarkets and stalked by the paparazzi.

The girls asked if anyone wanted to submit ideas for affordable and quick xmas crafts, so I came up with this yesterday:

1. Clean an empty jar and paint the inside with red acrylic paint – just sort of swish around inside with a brush, doesn’t have to be perfect.  (I see that I left a bit of gluey stuff on one of my peanut butters jars – so don’t do that).

2.  Wind some thin wire tightly around the neck of the jar and make two loops, into which you hook another piece of wire for hanging. 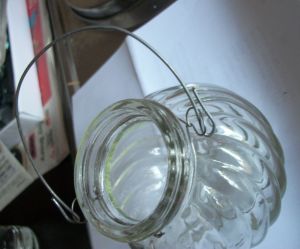 3. Cut a piece of tinsel long enough to go round the top of the jar, and stick it in place with a glue gun. 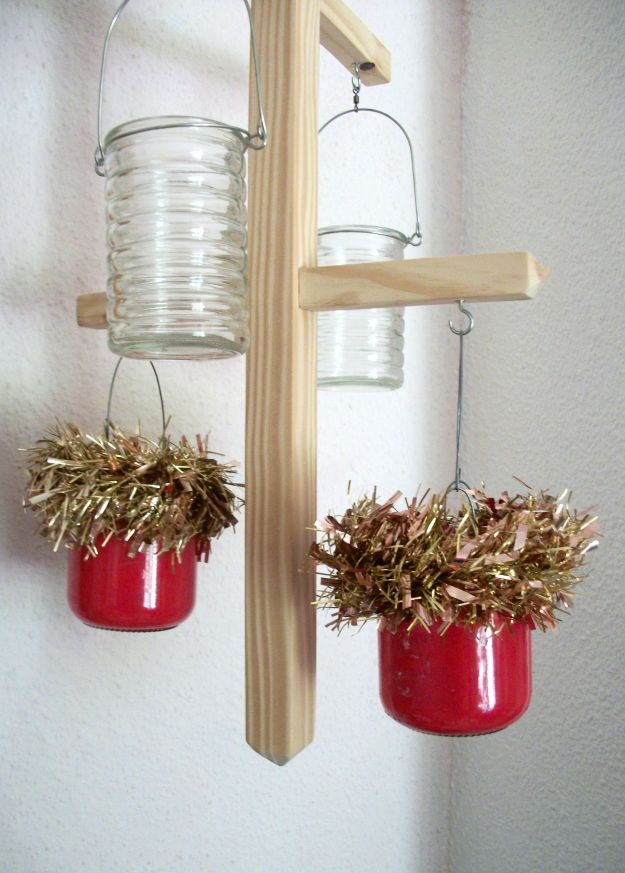 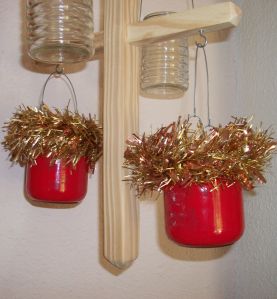 I thought these would look nice with a candle in (obviously being careful that the flame doesn’t catch the tinsel), or bits of hanging greenery. I don’t think I could think of anything much cheaper and easier to make, so they’re probably great for children (except the glue gun bit – ALWAYS be careful when using those things!). They could also stick on bits of glitter or sequins or stickers or whatever else their festive little hearts desire.